I love the Dandys. I have been a fan since I was about 13 or 14, when I was starting to develop my tastes in music.

When I was in my teenage years, I did have a little bit of a Limp Bizkit phase. Just admitting that white I can. But after my anger dissipated and I realized that not everyone is out to get me, I started to listen to more quality tunes. The Dandys were there for me.

This is the second time I’ve seen the Dandy Warhols, and this is the second time I’ve seen them play at the Commodore Ballroom. That’s a fantastic venue, for sure. It’s just a giant dance floor surrounded by ambient seating. I’ve heard the opening band before too, but I can’t for the life of me remember their name right now. Something to do with Sleep. Sleeping… sleeping… nope. Maybe it’ll come to me later.

Now, seeing as I’ve seen them before, I will say they were much more talkative this time around. The Dandys aren’t huge on band-crowd interaction, but when they speak, they do make everyone feel involved. 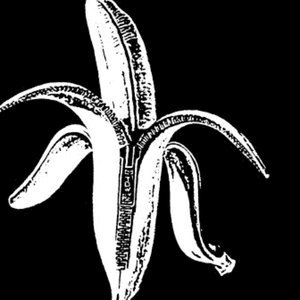 There were a few people I didn’t know who joined our group of friends… one girl hadn’t ever heard of the Dandys before and asked me what kind of music they play. I think the best description I came up with was something along the lines of:

And yes, I don’t think I could get much more accurate than that. They are definitely alternative. They don’t get nearly enough radio play, in my opinion.

The concert itself actually didn’t feel too long. I can usually tell according to how sore my legs are getting. I did rock out a good amount, and the crowd was pretty tame. No one thrashing or pushing. Definitely the usual amount of drunken dancing. I was surrounded by a crew of very good looking and taller gentlemen. I always feel very taken care of, being short. I do also appreciate the shoulder-check before someone slips in front of me. Thank you to those who do that.

I wasn’t a huge fan of the Dandys newest album This Machine. It’s okay, but it isn’t spectacular. There are some darn catchy beats on it, but nothing that made me stop and gape with my mouth hanging. They didn’t play exclusively from any one album, and of course they played the classic songs to get the crowd going mental. Bohemian Like You and We Used to be Friends are two foolproof songs, and the stage definitely got sweatier during those.

Another great show at the Commodore! I will definitely get another ticket if they come again. It was only $35 bucks this time around, so it’s definitely affordable. Check them out online if you can, and be bohemian like me and rock out!
Posted by Nicole at 22:16

Email ThisBlogThis!Share to TwitterShare to FacebookShare to Pinterest
Labels: The Commodore Ballroom, The Dandy Warhols

Nicole
Vancouver, Canada
Greetings and salutations! This blog isn't about anything in particular... just things that make my heart race, things that slow time, ramblings, raves, life, and things that get in life's way.